And I will wait upon the LORD, that hideth his face from the house of Jacob, and I will look for him. Isaiah 8:17
If you are looking for messages about the Europe Area Humanitarian Mission, go to http://stayinginfrankfurt.blogspot.de/
If you are looking for Old Testament Videos, go to
http://salemzion.org/new/index.php/resources/adult-institute-old-testament/ 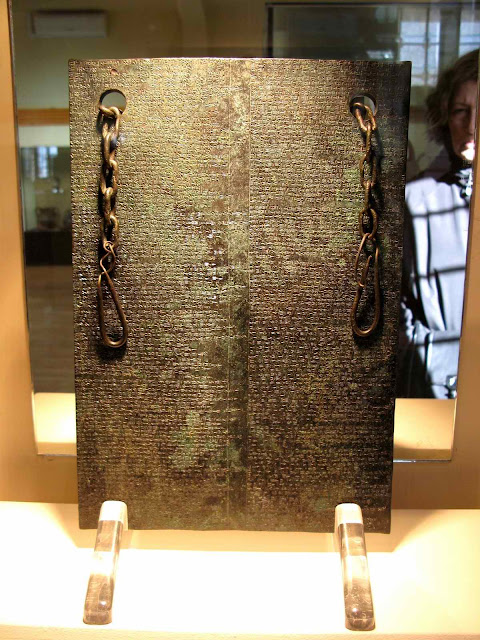 Throughout the Near East there are many secular documents that follow the same form as the covenant-making between God and man.


In Biblical scholarship, these are called Suzerain-Vassal treaties. A suzerain is a lord or king; a vassal is someone inferior who pays tribute to him or fights in his army. These treaties (or covenants) follow a standard form.

2) The historical survey of the Suzerain's dealings with the vassal.  The purpose is to illustrate to the vassal how much the Suzerain has done to protect and establish the vassal who therefore owes submission and allegiance to the Suzerain (['what great things the LORD has done for His people' : I Nephi 17:23-42).

3) The next section of these treaties list the "stipulations," what the vassal is required to do and what the lord offers in return (Genesis 17:1-14).

4) There may be a requirement that the vassal deposit his copy of the treaty in his temple, where he is to occasionally read and study it to refresh his memory concerning his duties (Deuteronomy 17:17-20)

The treaties are written on a variety of surfaces : embossed on clay tablets, carved in stone, or engraven on metal (see above). 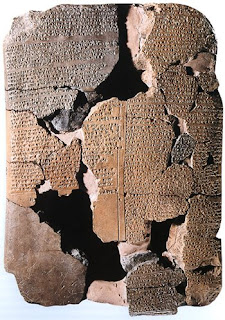 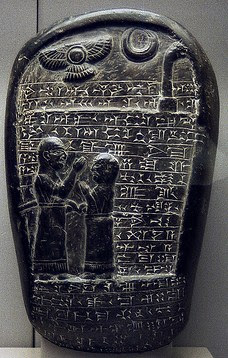 The British Museum has many examples of these treaties carved on stones, which were then placed at the boundaries of the land given to the vassal by the lord.   Often, the sun, moon or stars are called as witnesses to the treaty and are carved over the heads of the parties involved.

You can read more about these by Googling 'Suzerain-Vassal treaties.' There are interesting discussions here, here and here.
Posted by Rebecca Holt Stay at 11:46 AM